Guelph athlete Taylor Redmond already has a gold medal from the 2008 Special Olympics provincial competition and a silver medal from the 2012 event. Now, he has added an Ontario Medal for Young Volunteers to his collection.

Redmond received his new award from Lieutenant-Governor Elizabeth Dowdeswell at Queen’s Park May 30. 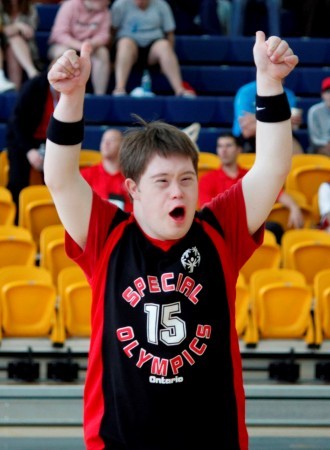 This year, 10 nominees received the medal, which is the highest honour a person aged 15 to 24 can achieve for volunteer contributions to the province.

Redmond has Down syndrome.

In high school, he completed a co-op placement at the W.F. Mitchell Athletics Centre on campus. Now working part-time at the centre, he helps with intramural programs.

As a motivational speaker for schools and community groups, Redmond raises funds for the Special Olympics.