A University of Guelph PhD candidate has received a Trudeau Scholarship, the most prestigious doctoral award in Canada. 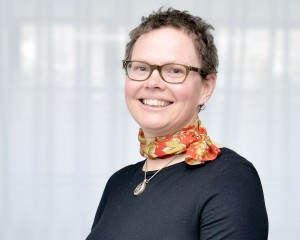 Geography student Jennifer Jones is one of 16 scholars to win a $60,000 scholarship from the Pierre Elliott Trudeau Foundation this year.

“I feel honoured and a little overwhelmed,” said Jones, who studies human health impacts of mine developments in the Canadian North.

“The financial support will enable me to work with Northern indigenous communities and take the time to delve into my research.”

Begun in 2003, the Trudeau Scholarships support doctoral students studying human rights and dignity, responsible citizenship, Canada and the world, and humans and their natural environment.

Jones is the third U of G student to receive a Trudeau Scholarship.

“This award is wonderful recognition of the importance of Jennifer’s work in the health and well-being of indigenous peoples,” said president Franco Vaccarino.

“It also highlights the University’s longstanding strengths in health, communities and environmental research.”

Besides receiving the three-year, $60,000 stipend, scholars interact regularly with other recipients and mentors, as well as academic and non-academic leaders.

Originally from Yukon, Jones received her undergraduate degree from Queen’s University in 1992. After working in indigenous health for many years, she earned a Master of Public Health degree from the University of Alaska Anchorage in 2013.

Looking for a way to continue studying indigenous health and well-being, she found U of G geography professor Ben Bradshaw.

“He took a chance in inviting me, and I am thankful for it,” said Jones, who also acknowledged faculty and staff in the Department of Geography for supporting her Trudeau application.

She will return to Yukon next winter and later to Australia to investigate policy issues.

Jones studies the effects of colonialism and assimilation on indigenous health and well-being, and how to improve policies, including environmental assessments, to mitigate the health impacts of mining developments.