The University of Guelph Alumni Association will recognize four outstanding graduates at this year’s re-envisioned Alumni Awards of Excellence gala.

The annual awards recognize alumni who demonstrate outstanding achievements and commitment to excellence. 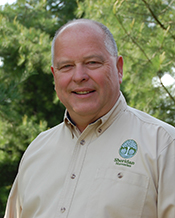 This year’s three-course dinner event will take place at Rozanski Hall beginning at 6 p.m., and will include a silent auction.

Stensson will receive the Alumnus of Honour award for corporate and philanthropic achievements.

He earned a degree in landscape architecture in 1973, and worked for the cities of Toronto and North York before joining his family’s business, Sheridan Nurseries. He became president in 2009.

A three-week exchange trip to Japan during his last semester at U of G “opened my eyes to the world,” he said.

“I have brought many new and innovative ideas to our business, which I do not think I would have done so soon in life without the exchange.”

He organized a fundraising campaign at Sheridan Nurseries to support the Children’s Wish Foundation and the Kids’ Health Links Foundation. He also helped raise more than $140,000 to provide medical care for a young teen in Jamaica.

Marilyn Murray has attended Alumni Weekend every year since completing a household science degree in 1955.

“This year, we will celebrate our 60th anniversary. We developed lifelong relationships with professors, we learned valuable organizational skills and Guelph helped shape us as community leaders,” she said. 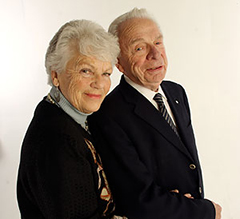 She has served as a volunteer fundraiser, belonged to the U of G Senate, co-chaired the 75th anniversary celebration of the Macdonald Institute and served on many capital campaign boards.

She and her husband, Ken Murray, who earned an agriculture degree in 1950, will receive the Alumni Volunteer Award.

Ken Murray has chaired the Board of Governors and served on the centenary fundraising committee for the Ontario Agricultural College, and belonged to advisory committees for OAC and University capital campaigns.

He credits Guelph with helping him succeed in business.

“I was hired by Schneider after graduation; after two years as a salesman and four years as a buyer, I considered moving on,” he said. “The animal science department head at Guelph, George Raithby, told me to stay, and it helped me achieve my long-range plan of becoming a general manager and then president.”

He has volunteered with the Kitchener Rotary Club, the United Way and the Homewood Foundation. He also created an Alzheimer research program at the University of Waterloo in memory of his first wife. 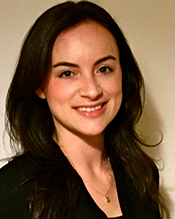 “U of G provided an excellent foundation in engineering theory but also taught me how to apply theory in real-life situations through hands-on engineering design courses,” she said.

Her co-operative education program gave her “a lot of great experience in biomedical engineering, which made me a competitive candidate in the job market.”

She now works for Orbis, which operates worldwide to eliminate preventable blindness; her recent work travels took her to Peru.

“I’m incredibly humbled and appreciative to be recognized by the University of Guelph for this award. I’ve always wanted to work in international health care and be a part of an organization that makes a difference in this world.”