The University of Guelph’s men’s hockey team won the 104th annual Queen’s Cup Saturday night on home ice, defeating the University of Quebec at Trois-Rivieres Patriotes 4 to 0 in front of a sold-out crowd.

It is the Gryphons first Ontario University Athletics (OUA) men’s hockey title since 1997 and the eighth overall.

It was the first time in 21 years that the Queen’s Cup was held at U of G. The Gryphons swept the West Division final against the Windsor Lancers last month to gain the right to host the OUA men’s hockey league’s championship game.

After the game, Gryphon Nick Huard, a third-year centre, was named the MVP of the 2015 OUA playoffs, finishing with seven goals in nine games. Earlier this week, Huard was named to the  OUA Second Team All-Star while teammate and goalie Andrew D’Agostini was named to the OUA’s All-Rookie team. Read more

The women’s hockey team also played in the OUA championship game on Saturday, losing to the University of Western Ontario 2-0 in London. The victory gave Western its first ever OUA women’s hockey title.

Both the men’s and women’s hockey teams now head to the Canadian Interuniversity Sports championships in Halifax March 12-15. 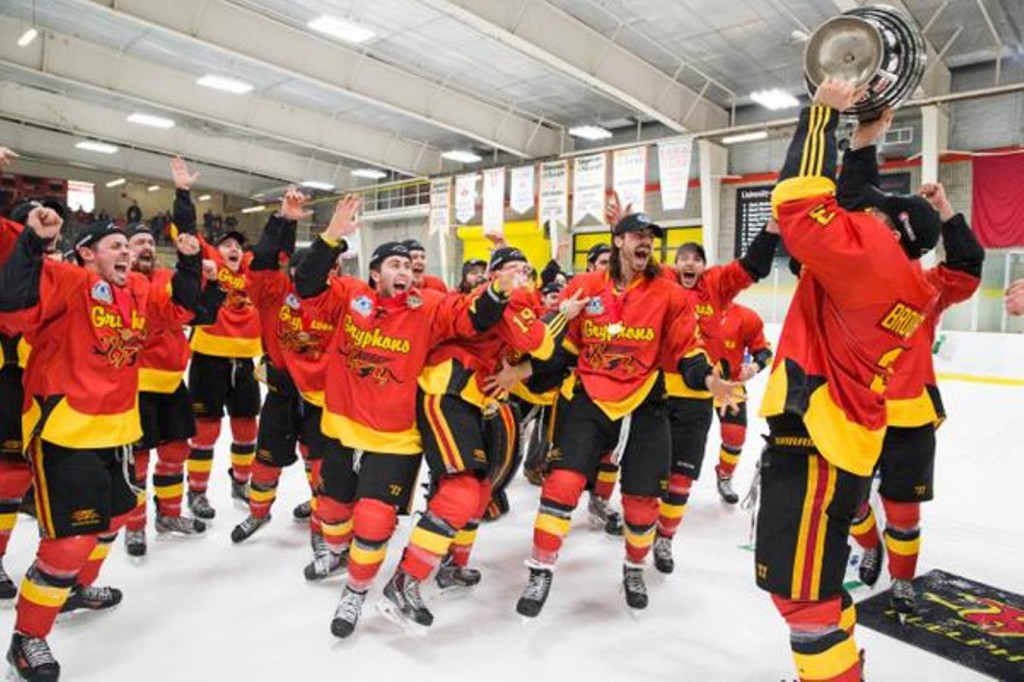