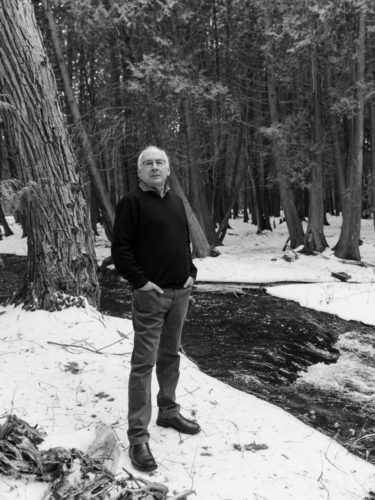 He’s doing it for the future.

During an international gathering in Norway next week, Paul Hebert will help to launch BIOSCAN, a new $180-million, seven-year DNA barcoding project involving more than 1,000 researchers from some 30 countries.

It’s the latest phase of an ambitious University of Guelph-led initiative to catalogue every living thing on Earth – a project that grew out of Hebert’s discovery in the late 1990s that a telltale genetic sequence could be used to distinguish species.

Since then, the professor in U of G’s Department of Integrative Biology has led an initiative using DNA barcoding to inventory life on Earth.

For the last five years especially, it’s also been about just one life – that of his grandson, Griffin.

“I fear for the world my grandson and his children will inherit if we don’t do something,” said Hebert.

“Doing something” means helping to stem global biodiversity losses, partly the purpose of the new BIOSCAN project. Headed by the International Barcode of Life (iBOL) consortium based at U of G, the project is being launched June 16 with three main goals.

The project will continue adding new species to the growing DNA barcode reference library maintained on campus in the Centre for Biodiversity Genomics (CBG). Key to this effort will be access to more powerful and cost-effective DNA sequencing equipment.

When barcoding began, it cost about $30 to analyze a specimen. Using much more powerful sequencers and bioinformatics, that cost has fallen to $1. “Most prices have gone up, but barcoding has gone way down,” said Hebert.

Between 2010 and 2015, iBOL researchers worldwide collected DNA barcodes for 500,000 species. BIOSCAN aims to raise the total to two million records by analyzing specimens from terrestrial, freshwater and marine ecosystems around the world.

Researchers, agencies and other groups already use the barcode database to identify organisms for applications ranging from environmental monitoring and detection of invasive species to uncovering food fraud and suppressing illegal trade. 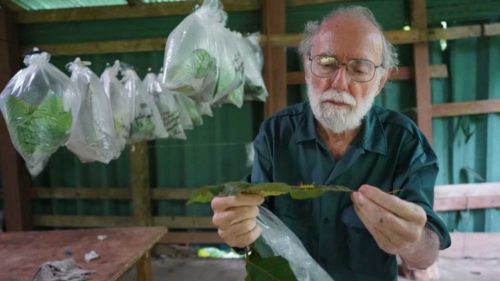 Under BIOSCAN, researchers will barcode samples from 2,500 sites around the world, especially the Arctic, Europe and Costa Rica. That Central American country – a biodiversity hot spot – is probably home to more than 1 million multicellular organisms, most still unknown to science, said Hebert, scientific director of iBOL and holder of the Canada Research Chair in Molecular Biodiversity.

As part of the new phase, CBG researchers will visit the Canadian Arctic this summer to begin a two-year barcoding project to add records for northern organisms. The project, Arctic Bioscan, is funded by Polar Knowledge Canada and is intended to help monitor biodiversity in the North.

Many funding agencies and several philanthropists have supported the CBG’s barcoding projects. Similarly, iBOL’s international researchers will rely on private and public support in their host countries to raise their share of the $180 million needed for BIOSCAN.

Beyond cataloguing species, BIOSCAN will probe interactions among the millions of species on the planet, information that is key to understanding how ecosystems work.

Those kinds of ecological insights might have helped prevent unintended side effects from earlier biocontrol attempts, said Hebert. He cites a fly introduced to North America to combat forest-destroying gypsy moths that ended up decimating endemic silk moths, the largest insects on the continent.

A third goal of the project is to reveal and track changes in species composition and entire ecosystems through space and time. For that work, scientists will rely on DNA meta-barcoding, which allows analysis of bulk samples to identify hundreds or thousands of species at once.

Hebert envisions using this approach to establish country-wide networks of monitoring stations akin to weather stations. There, scientists would analyze changes such as shifts of organisms, including disease-causing species, prompted by human-induced global warming. 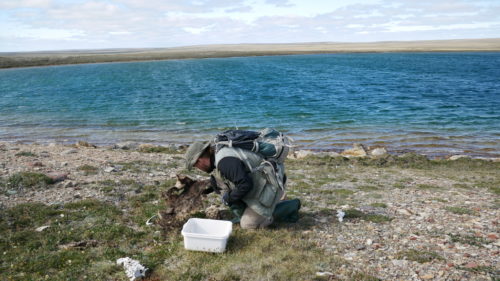 U of G researcher collecting specimens in Canada’s North

Establishing a globe-spanning observation system and completing the planet-wide inventory of multicellular life is the purpose of a proposed Planetary Biodiversity Mission, a 20-year initiative that will pick up where the BIOSCAN project leaves off.

Passing time – and the arrival of his only grandson – have Hebert thinking especially hard about the entire project.

Referring to wading around a tidal pool in Australia last year with Griffin, Hebert recalled “the delight he took, and the delight I took, in just being immersed with organisms in all their kaleidoscopic beauty.”

On a return visit earlier this year, his grandson was enthralled with tunicates, or sea squirts, that jetted water when touched.

Citing the diminution of everything from whippoorwills and purple martins to the elm trees that lined the streets in Kingston, Ont., where he grew up, Hebert said, “It’s not as diverse a world as when I was young. The species that meant the most to me as a child are now gone. Griffin will grow up in a world that’s biologically impoverished. I don’t like what we have done.”

That’s the point of the new BIOSCAN project and the longer planetary mission – one that has become the U of G biologist’s personal mission as well. “We’re living on a changing planet. We need to understand the impacts of these changes on life at large.”